No matter where you live in the United States, there’s more than H2O in your home’s water. Each region across the country presents its own set of unique water quality concerns. To better understand common water problems along the East Coast and the Southeastern U.S., we spoke with Water-Right Regional Sales Manager, Brad Walsh.

Walsh is an experienced water treatment professional who’s served on the Water Quality Association board in Florida (FWQA) and trains our dealer network in states including:

Walsh says common measures of water quality can differ greatly as you move North to South along the southern half of the East Coast.

“The water quality can vary quite a bit throughout the region,” he says. “In Virginia, it’s common to see low levels of hardness with high levels of iron and low pH. Gradually, as you head south towards Florida, you start seeing the opposite; higher hardness and high total dissolved solids. Although, in Florida you’ll still see iron.”

Along the coast, Walsh says many homeowners complain about their water having a yellow or brownish color. This is often attributed to tannins, which are decayed organic matter that enters the water supply causing discoloration and staining. Tannins are not dangerous, but they are unpleasant and can add complexity to the art and science residential water treatment. 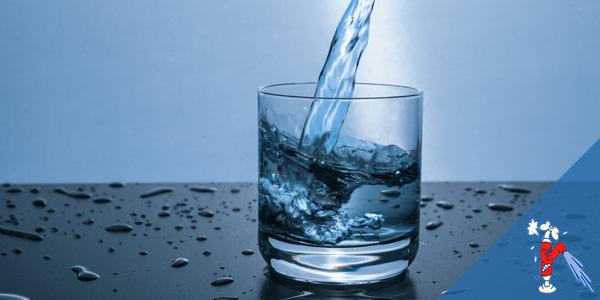 “It’s typically treated with an anion resin using the chloride side of the salt (NaCl),” Walsh explains. “If there’s a high level of hardness, we’d treat that with a cation resin followed up with a bed of anion resin. When you do that, you lower the pH so you have to correct the acidity as well.”

Weather conditions can make tannins even more of a problem. For example, we spoke with Walsh while Florida was still recovering from the aftermath of Hurricane Irma. The heavy rain caused excess decayed matter to wash into the groundwater supply.

“There are places in Florida where we didn’t have issues with tannins before, and we’re now dealing with that problem because of all the rain that came with the storm,” Walsh says. “Florida is basically a shelf of decayed organic matter. There’s not a lot of rock like you’ll see in other parts of the country. Plus, the water tables are not very deep. So, as the water levels increase, tannins tend to make an appearance.”

Orange or rusty stains from iron and a metallic taste are common homeowner problems our dealers hear about north of Florida. Yet even within individual states, there can be isolated areas where iron content is higher. Walsh explains how the Shenandoah Valley in western Virginia and the Eastern Panhandle of West Virginia doesn’t see the same high levels of iron and sulfur as homeowners in the mountain ranges.

Tannins can also make it tougher to reduce iron levels in water. Walsh says Water-Right dealers are usually able to use our exclusive Crystal-Right™ media to treat high iron water in Virginia and the Carolinas while in Florida iron often needs to be oxidized first so it can be filtered out.

Physical characteristics of the land in Eastern and Southeastern states make a major difference in how our experts approach water treatment.

“It’s the geology of the different regions, especially the amount of limestone that’s found in the earth,” says Walsh. As groundwater dissolves limestone, the minerals calcium and magnesium are added, which causes hardness. There tends to be more limestone close to the Atlantic coast.

Homes close to the ocean may also notice a salty taste to their water, this could be due to salt water intrusion.

“In the coastal areas, it’s very common to have brackish water in your well or water supply,” Walsh says. “Depending on the level, sometimes you can treat the water from the house and use a reverse osmosis (R.O.) system at the tap for drinking water. However, in the more extreme cases, we’re installing whole-home R.O. systems.”

Yet another noticeable difference between states in the Gulf Coast and those in the middle of the Eastern seaboard has nothing to do with contaminants. Walsh says water temperature presents additional problems in the Southeast.

“In places like Florida and Southern Georgia, water can come out of the ground at 70 degrees, while areas in the northern part of my sales region can come out at 50 to 55 degrees,” he says. “So, backwash rates of media can vary, and you’ve got more potential for living organism (bacteria) growth in regions where the water source is warmer. You need to disinfect those units more often there than you do in colder climates.”

In order to properly treat the city water in Southeastern states like Florida and Georgia, municipalities need to add chlorine and chloramine to eliminate bacterial growth. However, many homeowners aren’t happy about what that does to their drinking water.

“You can have excessive levels of chlorine in the municipal water,” Walsh says. “Homeowners will complain that it smells like a swimming pool.” Carbon filtration, which is part of Water-Right’s reverse osmosis systems can help remedy that issue.

While the Southeast is a long way from Flint, Michigan, Walsh says that story brought increased attention to water quality issues all over the country. He adds that certain areas may have more reason for concern about lead than others.

“In some of the older areas, such as Northern Virginia where there’s older infrastructure in place, lead can be a concern and people are still talking about how to get it out of drinking water,” he says. “I think the Flint, Michigan situation made homeowners everywhere more aware of what they’re potentially drinking. People are more educated and more willing to get their water tested with the help of a local expert.”

No one should have to deal with poor water quality. Give us a call; our water conditioning systems are among the best and most reliable available.

Back to Previous Page
Back to News & Events